OSCAL, as an emerging smart device brand from Blackview, has recently received great acclaim from its users with the launch of its S60 Pro which is probably the most impressive rugged phone that the market has to offer due to its outrageously low price and jaw-dropping features. 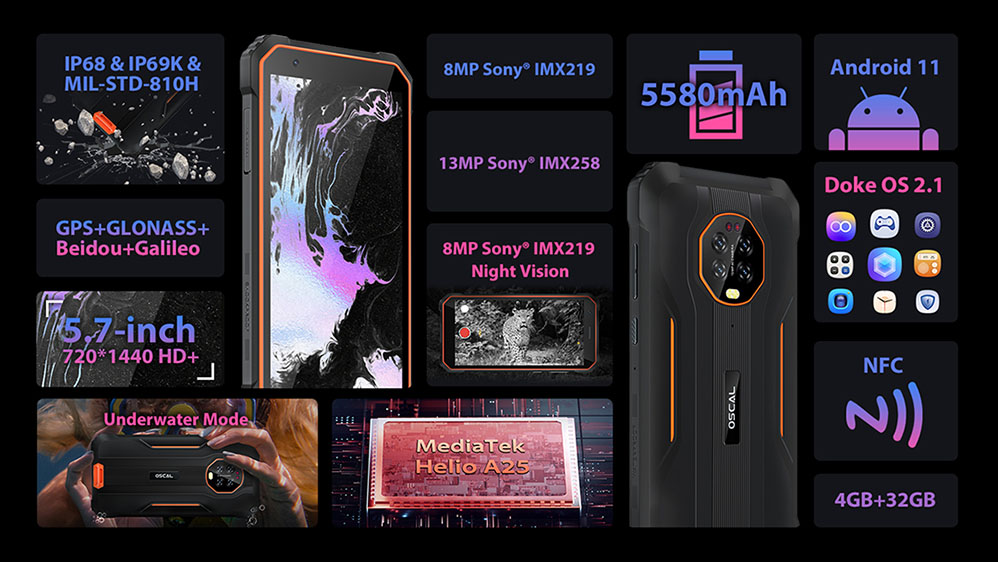 Witnessing such positive feedback, OSCAL has brought an upgraded version of S60 Pro(specs) with a night vision camera. Some may be curious about how the phone performs, and there is no better way to satisfy their curiosity than to put the S60 Pro through a series of performance tests. However, it’s impractical for those who haven't decided whether to buy an S60 Pro to do so. Fortunately, we have already got the job done and here are the test results. Read on to find out the actual capability of S60 Pro night-signt camera phone. 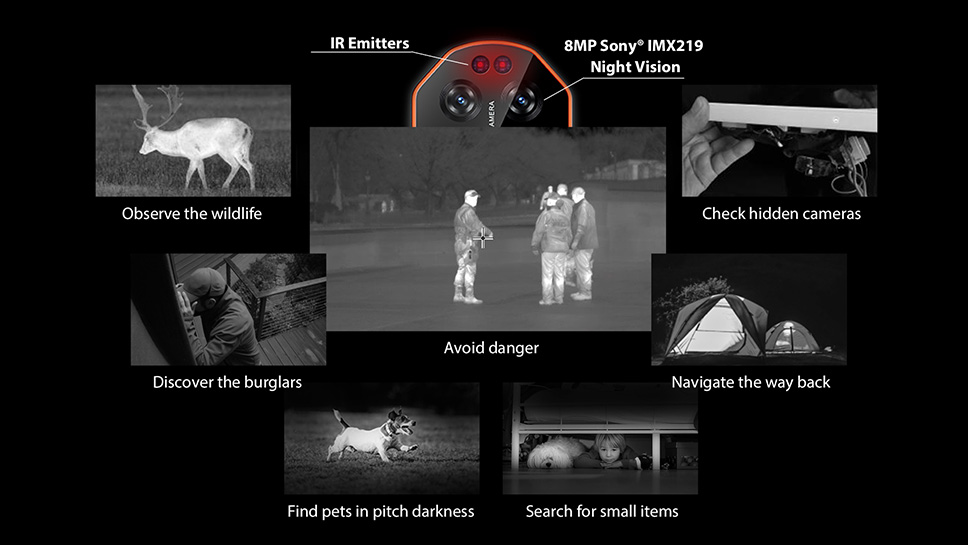 OSCAL S60 Pro bears an HD+ 5.7-inch display with resolution of 720*1440. To test its screen clarity, we played 4K videos on the phone and found every frame is as vivid and spellbinding as those on 4K televisions. Even during direct sunlight and poorly-lit scenarios, the screen of S60 Pro, backed by 4.0×106 brightness, still made the grade with ultra-clear visuals.

S60 Pro is powered by the MediaTek Helio A25 processor clocked at 1.8GHz. It's a common processor for budget rugged smartphones. There's also 4GB of RAM, making the S60 Pro feel slightly snappier than a rugged phone with 2 or 3GB of RAM . Apps opened quickly and basic multitasking worked without a hitch in testing. What’s more, S60 Pro scored 84679 at AnTuTu benchmark test, which was not impressive, but surely more-than-enough to beat most of S60Pro’s competitors as the best mid range phone.

In terms of the battery performance, the good battery life phone OSCAL S60 Pro stands out among all its siblings with a 5580mAh battery. After a full charge, S60 Pro survived 8 hrs of HD video-streaming, 11.5 hrs of web-browsing, and a whole day of calling, more than a day of music-listening and nearly 13 days of standby.

When we put the S60 Pro through a 1-hour and a 2-hour video test, we observed 2% and 10% battery decrease respectively, which were fairly modest decreases and indicated S60 Pro’s outstanding endurability of battery life.

More importantly, when there was only 10% battery left in S60 Pro, the smartphone successfully lasted for 90 minutes in non-stop video-streaming. Such impressive endurance could be exactly what you need during an emergency when you want to keep your phone working but finding nowhere to charge it.

If there is one drawback to the charging setup, it’s the 5 W top speed. It’s not particularly fast when you compare it to fast charging up to 18 W in Blackview A95. But again, this is a budget rugged phone, we can’t expect features popular in mainstream smartphones here.

But what surprised us most was that in the charging test where we charged the phone at maximum brightness and highest volume while playing big title games or HD videos, S60 Pro’s 5580mAh battery was juiced up to 7% in half an hour and 15% in an hour. More importantly, in the scenario where we tested how long it takes the S60 Pro to be fully charged, the smartphone impressed us with about 5 hours, much lower than we had expected with such ordinary charging speed.

Given S60 Pro’s nature as a rugged phone, we were curious about how its charging speed would vary under low and high temperature. Therefore, we charged the phone in both scenarios and found that under 40 degrees, it took 9 hours for the S60 Pro to be fully charged while keeping the phone playing videos at maximum brightness and highest volume at the same time, whereas under -10 degree, it took only 7 hours. That manifested S60 Pro’s outstanding stability to work uninterruptedly under extreme temperature. For those who need a rugged phone to work in frigid winter or baking summer, S60 Pro may just hit the spot.

As the top rugged smartphone brand - Blackview's brother brand. Among all the tests, S60 Pro achieved the highest acclaim in ruggedness. Since this is an IP68 & IP69K & MIL-STD-810H certified phone, we decided to find out whether it really lives up to what it said it is.

In a water-proofness test, we immersed the S60 Pro 1.5m underwater for up to 30 minutes and observed that the phone survived the test with a breeze and no systematic or functional issues were found. We also tried oil smudges and coffee splash test, expectedly, S60 Pro nailed it.

In addition, S60 Pro’s drop-proofness is top-notch, which can be proved in the drop test where we dropped S60 Pro from 1.5 meter above concrete floor, finding the phone remained intact and no cracks at all in the display.

With the test results shown above, it is fair to say that the overall performance of S60 Pro is rather satisfactory. It certainly lives up to its claim, one of the best budget rugged mid-ranger at 109$.

The screen performance has been far beyond expectation, while the CPU score, not first-class though, does allow the S60 Pro to be extremely competitive among its peers.

Battery and charging results are what reasonable buyers would expect. As for ruggedness, the S60 Pro is invincible. Besides, there are 13MP rear camera, 8MP front camera and an 8MP night vision camera on the back.

Everything is good or at least can make the grade. Hence, for those who still have doubt about its performance can now be reassured and confidently place an order of S60 Pro if they like the phone. But do note that the 109$ offers are available at the launch sale from March 28th to April 10th, 2022. Now check out the OSCAL official website for more information.